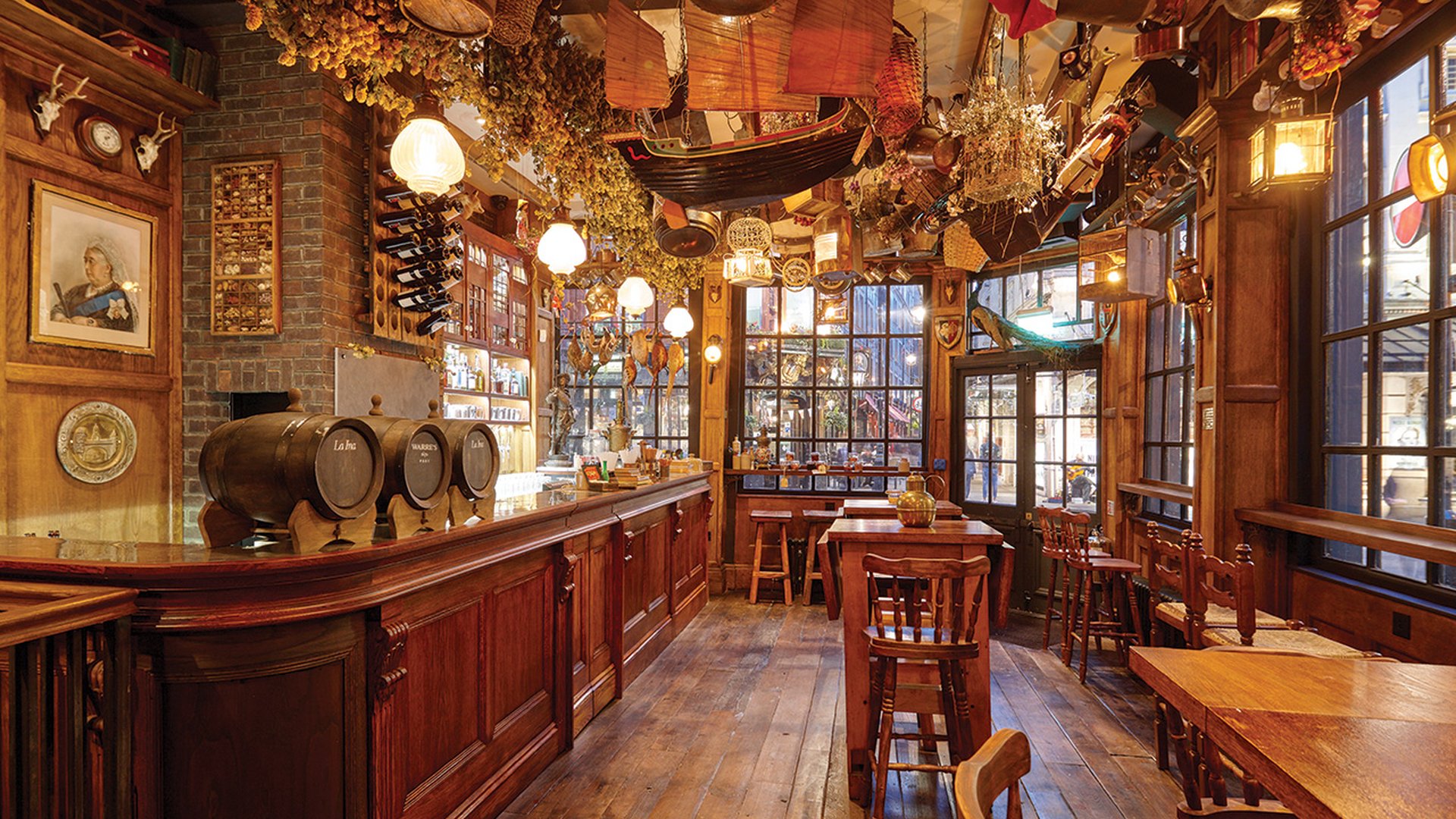 Our pick of London’s best traditional taverns to visit this autumn.

Popular Mr Fogg’s in Covent Garden is a wood-panelled, old-style tavern themed around Phileas Fogg. With quirky interiors and an eccentric vibe, the pub is host to over 300 varieties of gin, and has a pre-theatre 'Cream Cakes & Cocktails' menu.

The Ship Tavern is a classic British pub on the edge of the tranquil Lincoln's Inn Fields. Part of the Holborn scene since 1549, it now offers great British pub classics paired with real ales and a huge selection of gins. 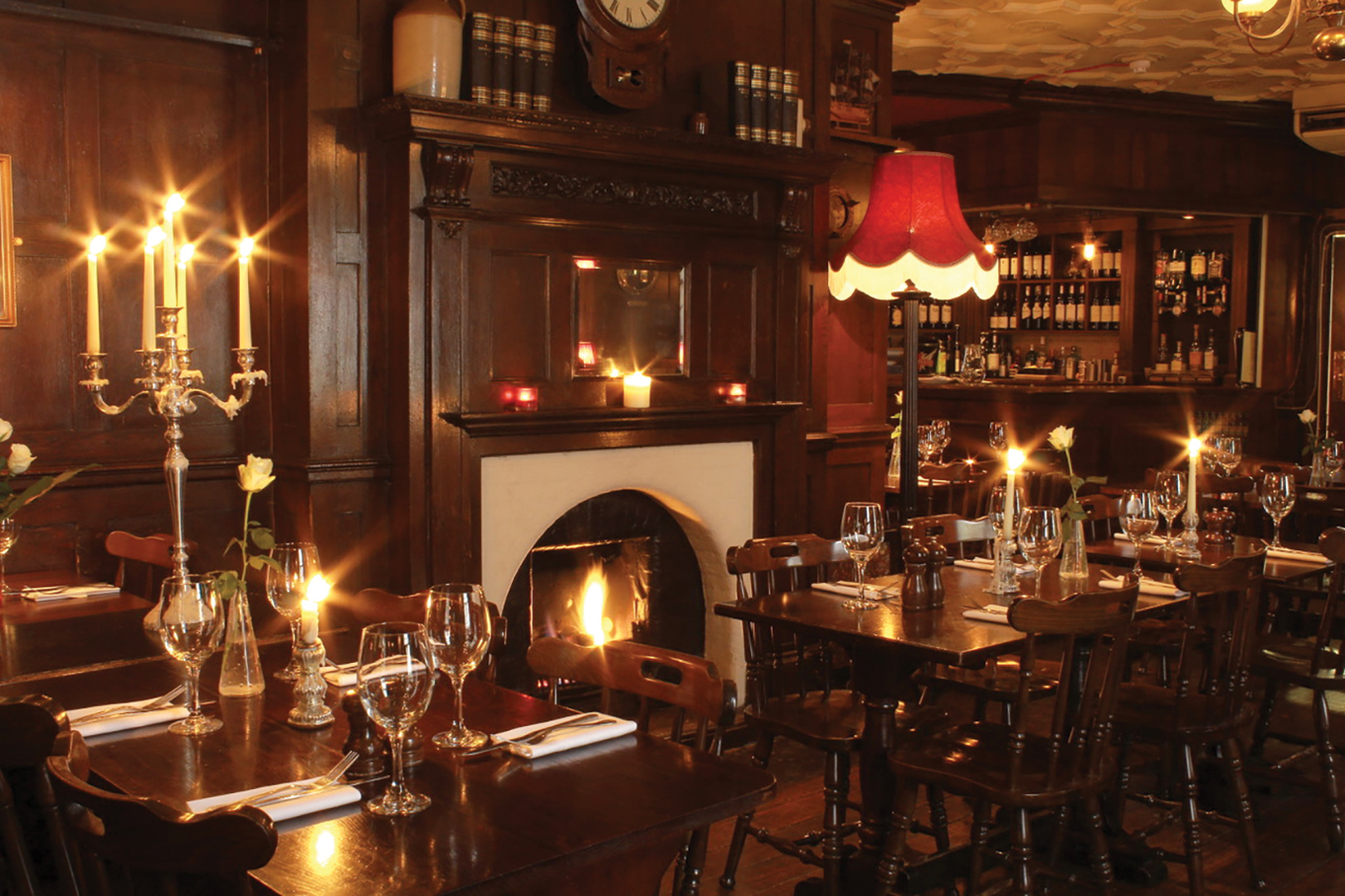 Image above: The Ship Tavern

Built in 1546 for the servants of the Bishops of Ely, Ye Olde Mitre is famous for having a cherry tree that Queen Elizabeth reputedly once danced around. Tucked away in a small alleyway, this cosy pub is the perfect spot for a quiet pint in East London.

Supposedly the oldest pub on the Thames, the Mayflower is based at the 1620 launching point for the Pilgrim Fathers. The cosy riverside joint is hidden away on cobbled streets and has a selection of ales, cask beers and delicious British dishes.

Ye Olde Cheshire Cheese, rebuilt shortly after the Great Fire of 1666, has been at this location since 1538. Popular with literary figures throughout the ages, most notably Charles Dickens, the pub retains a certain gloomy, old-timey charm due to its lack of natural lighting.

Known for its striking exterior, this Grade II* Listed Arts & Crafts style building was famously saved from demolition by Sir John Betjeman, much to the appreciation of its current locals, who love it for its architectural beauty, ornamental black friar and ornate dining room. 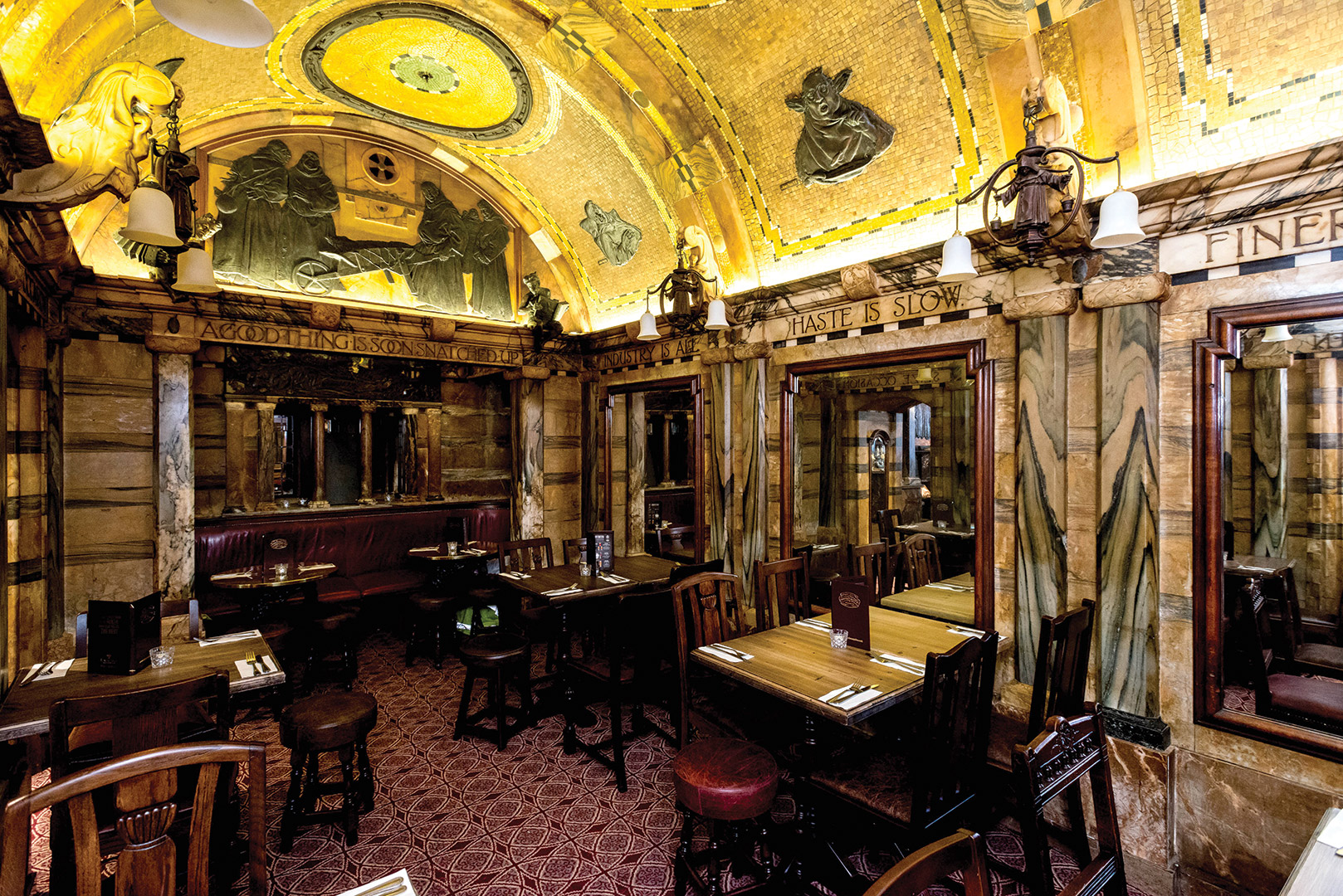 Image above: The Blackfriar

The former coal cellar of the Savoy, the Coal Hole was a favourite performing venue of Gilbert and Sullivan. The Grade II Listed pub is ideally located on the Strand, a short stroll from Charing Cross, Trafalgar Square and Covent Garden.

Infamous during the fifties and sixties as the hangout for London’s inner circle of master criminals, including those behind the Great Train Robbery, the Star Tavern is a Fuller’s pub today, hidden down a back street mews in Knightsbridge.

In the early 19th Century, the Lamb & Flag acquired a reputation for bare-knuckle fighting, earning it the nickname 'The Bucket of Blood.' This treasured institution is now better known for the dozens of tourists and locals who mill about outside.

With a friendly atmosphere, fantastic food and a great selection of beers, Paddington’s Victoria is popular with both locals and commuters. Pop along for a pint and some comfort food in the autumn months. 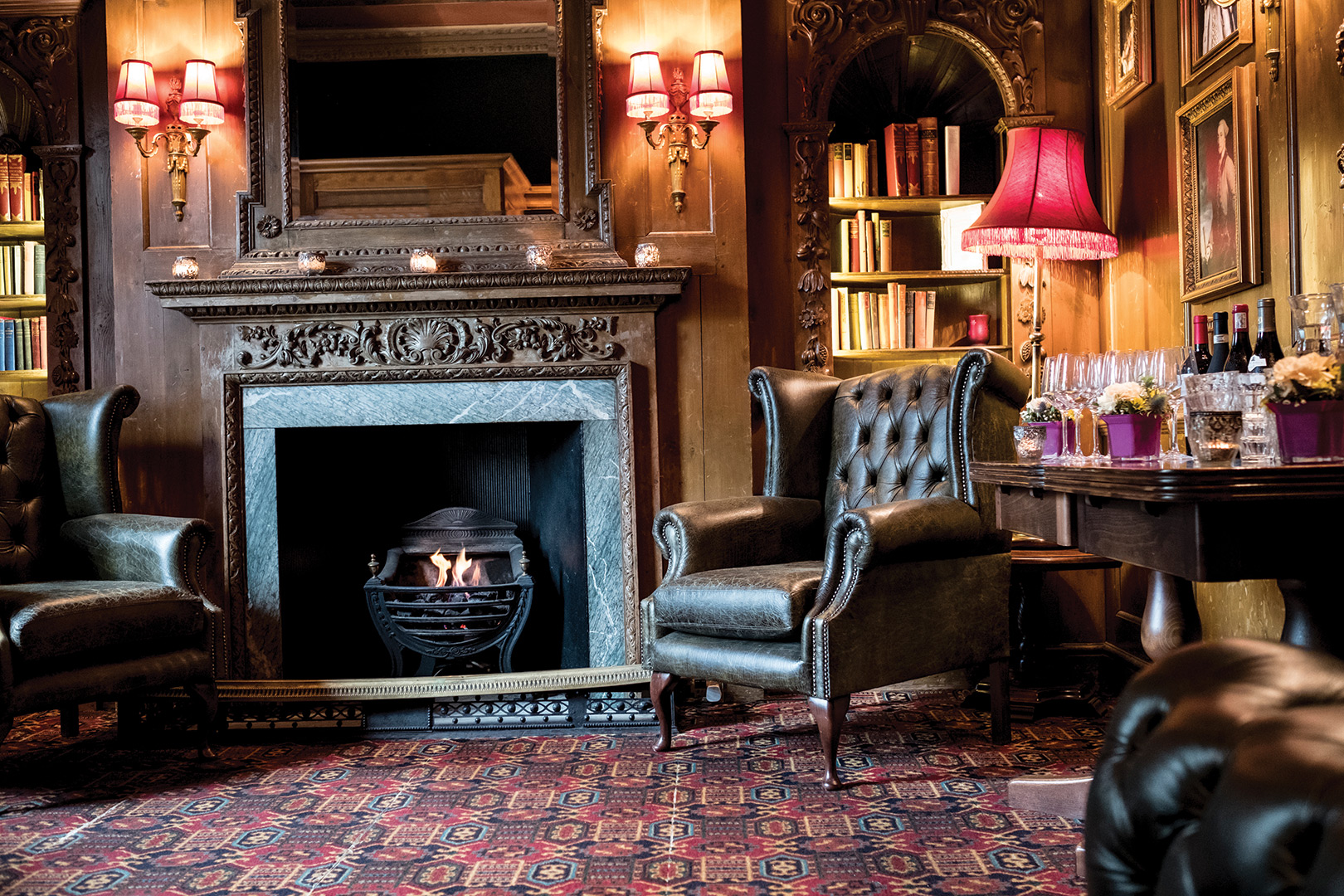 Image above: The Victoria

Built in 1893 as a magnificent banking hall, the Counting House oozes 19th Century decadence. It's even found fame and been used in film making. With a glass-domed ceiling and sweeping staircase, pop in here to enjoy a good old fashioned pie and ale.

The only remaining galleried inn in the capital, this piece of 17th Century London history, owned by the National Trust, draws in visitors with its oak beams, large courtyard seating area and family friendly atmosphere.