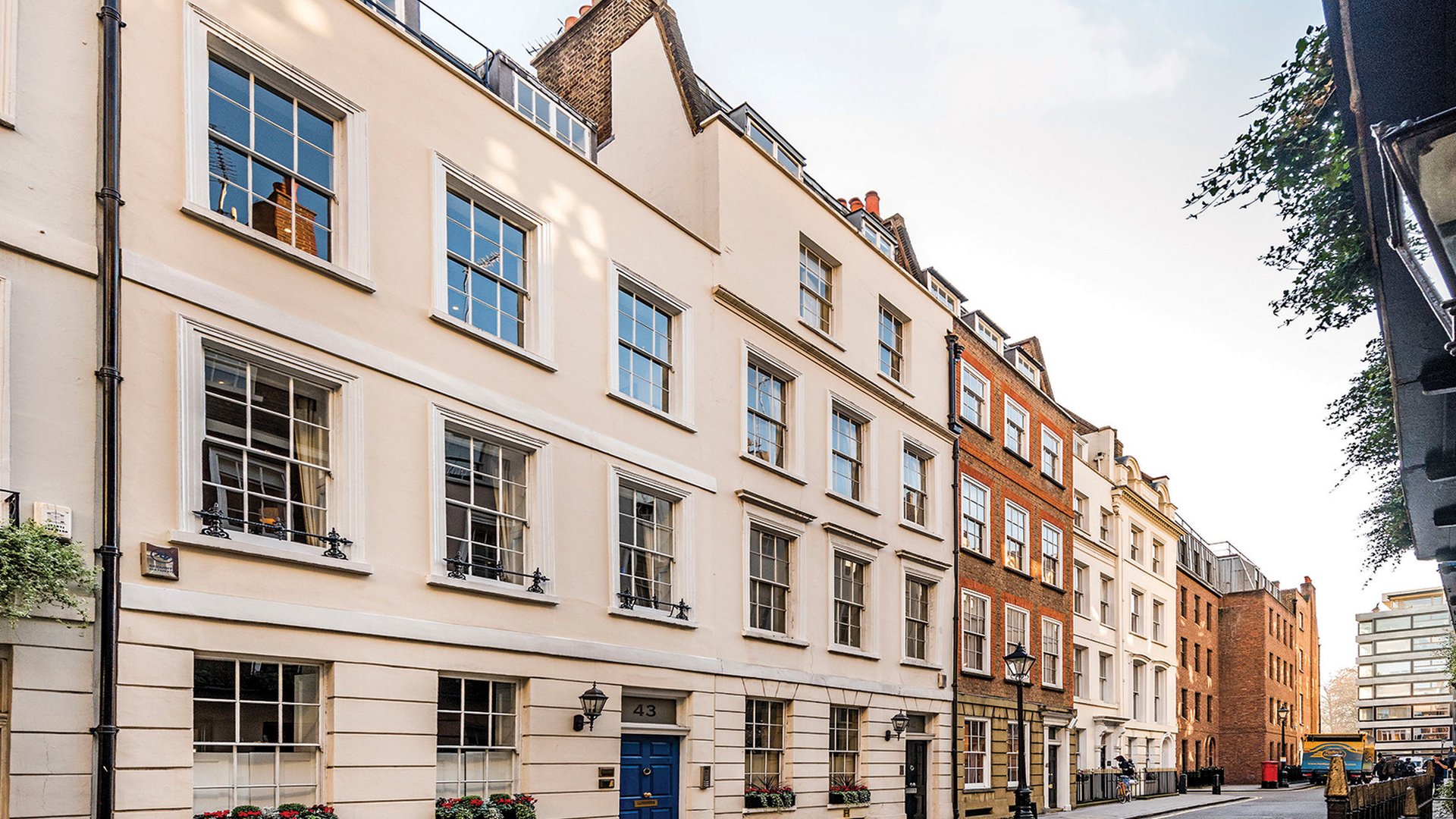 With rich pasts and architectural grandeur, London’s townhouses continue to inspire. We look at the past, present and future of these classic homes.

In 1771 Henry Bathurst, Baron Apsley, commissioned architect robert adam to build him a new house at the formal entrance of Hyde Park. By 1807 Richard, Marquess Wellesley, paid £16,000 to buy the lease, then spent over £20,000 on new furniture and decorative schemes to secure Apsley House’s status as one of London’s finest townhouses, a reputation it still holds.

Today, you may not need to be ennobled to own a London townhouse, but a love of grand architectural styling, an appreciation of artistic detail and a fondness for central locations continue to be essential.

The first townhouses were designed to be the London seats of country gentry, “These few families had enormous wealth. They would come to town for the season and wanted to be close to the clubs of Pall Mall and the social hubs of Covent Garden, while overlooking St James’s and Green Park,” says Russell Ball, Sales Director at Dexters Mayfair.

Aristocratic palaces such as Spencer House, built between 1756-1766 for John, first Earl Spencer, showcase the neo-classical architecture of the day. Such residences epitomise the sumptuous style in which important families maintained their standard of living and status beyond the confines of their country estates and in the heart of London’s fashionable society.

In the 19th Century, as wealth began to shift from aristocrats to the emerging upper middle class of lawyers and bastions of trade and industry, there was greater demand for land. Values in the heart of the thriving capital soared, prompting a building boom of significant homes around garden squares. For the first time, wealthy families were persuaded to live in terraced houses.

“With the advent of terraced townhouses, families sought new ways of displaying their wealth. When it came to building a townhouse, you could have the standard model, or demonstrate your status with opulent extras. For example, you could pay to ship in York Stone to create a cantilevered staircase, which represented a feat of engineering and would be the envy of the neighbours. Alternatively, you could opt for elaborate cornicing or friezes sculpted into rooms,” says Russell.

Today, we know the areas where grand terraces were first built as central London, including Mayfair, Belgravia and Bloomsbury. These remain some of the most desirable addresses in the capital. There was a period, however when some London townhouses were underappreciated and fell into disrepair.

“By the Victorian era, the coastal home starts to become more fashionable over the townhouse. Cut to the 1960s and many beautiful properties were not properly maintained and didn’t have the protection of being listed. Many houses were turned into flats or offices, and original features were ripped out,” says Russell.

Thankfully, the townhouse has found more appreciative admirers in recent times, with many of today’s custodians looking to reinstate lost features. Russell says, “Many buyers are committed to restoring townhouses to former glories. Most are listed, so owners need to work with English Heritage, which is responsible for protecting the historical details of homes. There may be restrictions, but what you always get from London townhouses is a great deal of variety in terms of total floor space and rooms built to impress and entertain.”

If you’re looking for a home in central London, townhouses can represent good value. More buildings with historical pedigree in desirable locations are coming onto the market as local councils authorise the conversion of townhouse office blocks back into residential use and, with this, the return to the original magnificence of these inspiring homes.

We look at a superb selection of stunning townhouses. 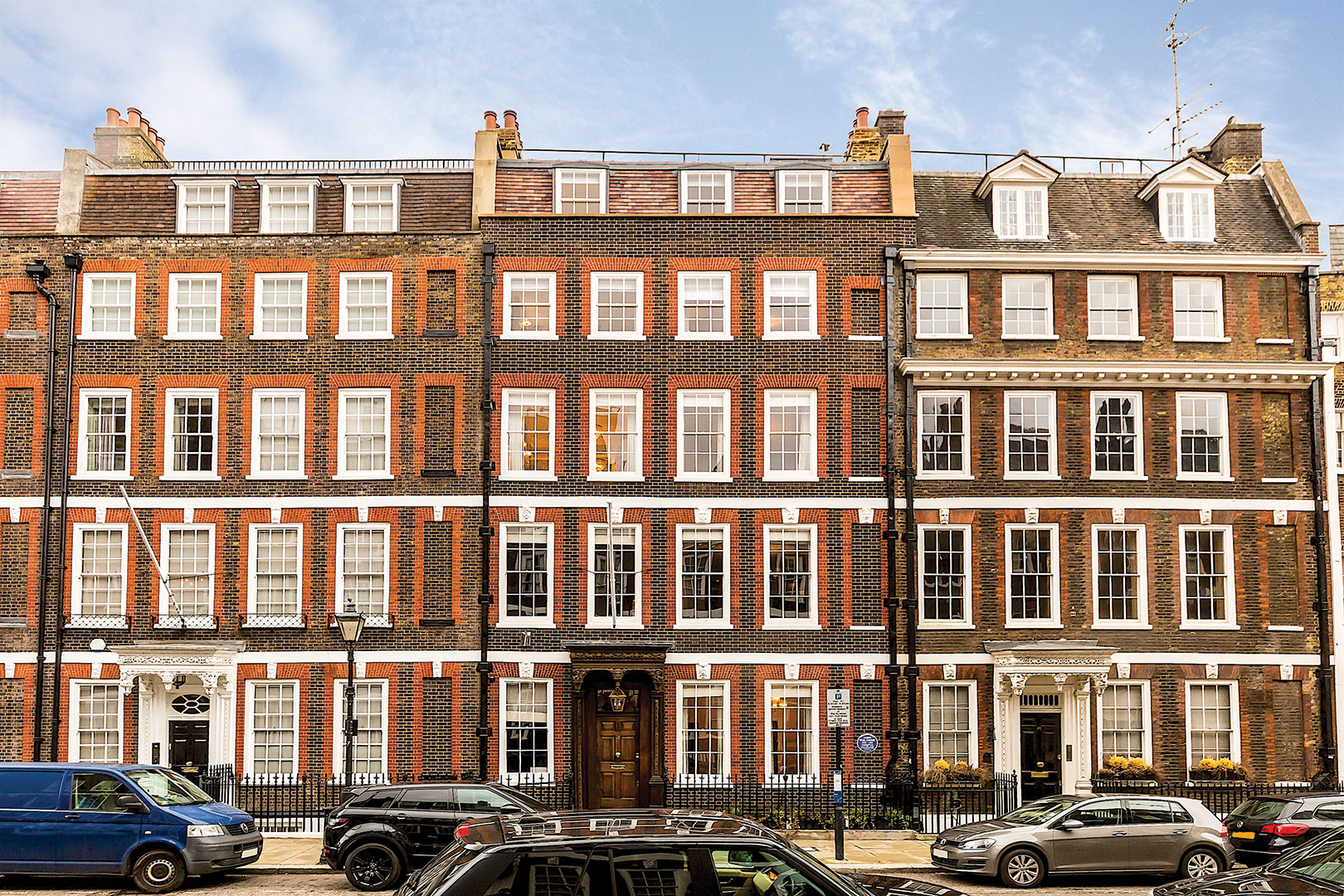 This five bedroom, Grade I Listed townhouse overlooks St James's Park and has been refurbished with meticulous craftsmanship. Queen Anne's Gate is considered one of the most architecturally important streets in London. 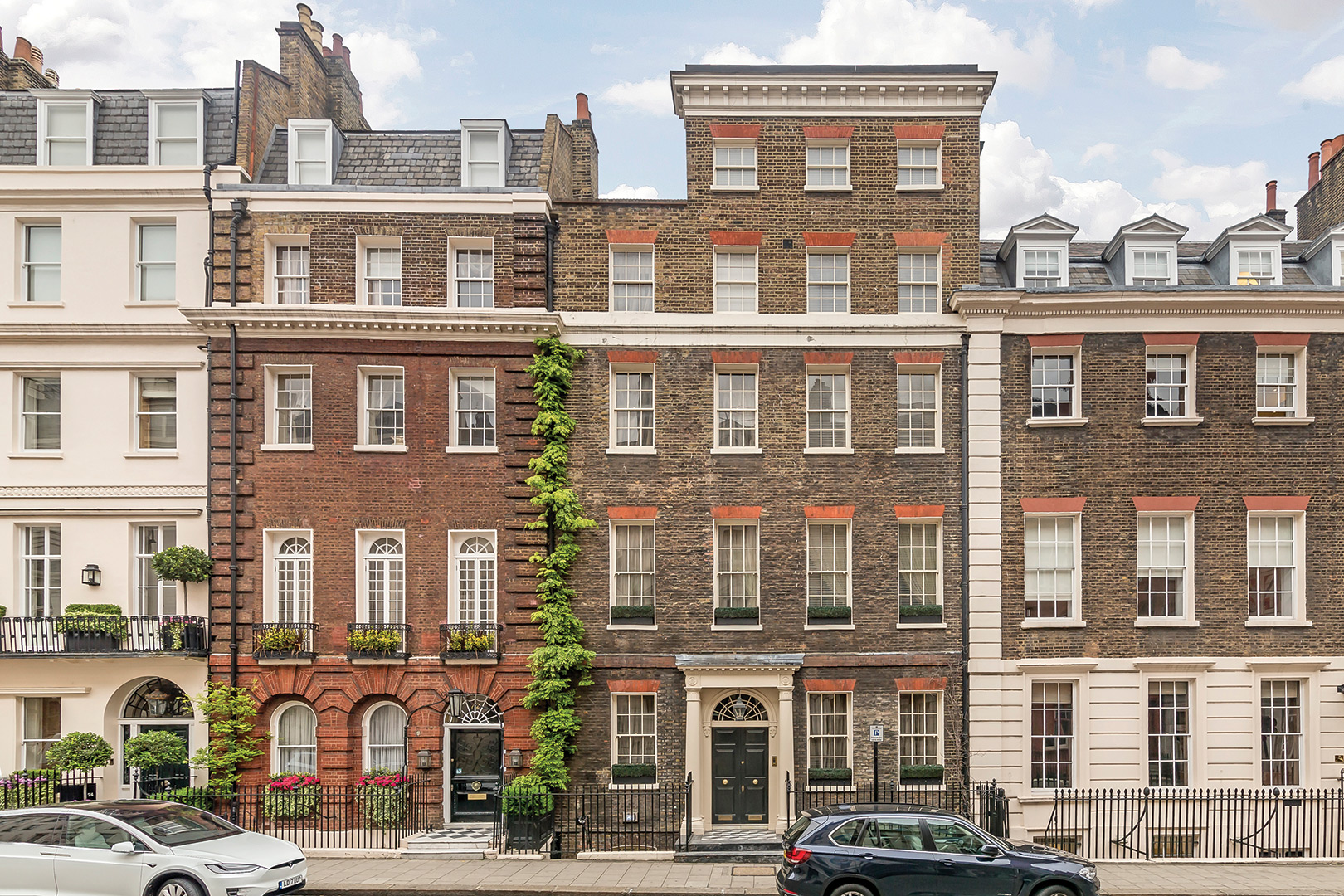 An attractive family home arranged over six floors with seven bedrooms and seven bathrooms. The property benefits from one of the largest private gardens in Mayfair and is located between Grosvenor Square and Davies Street. 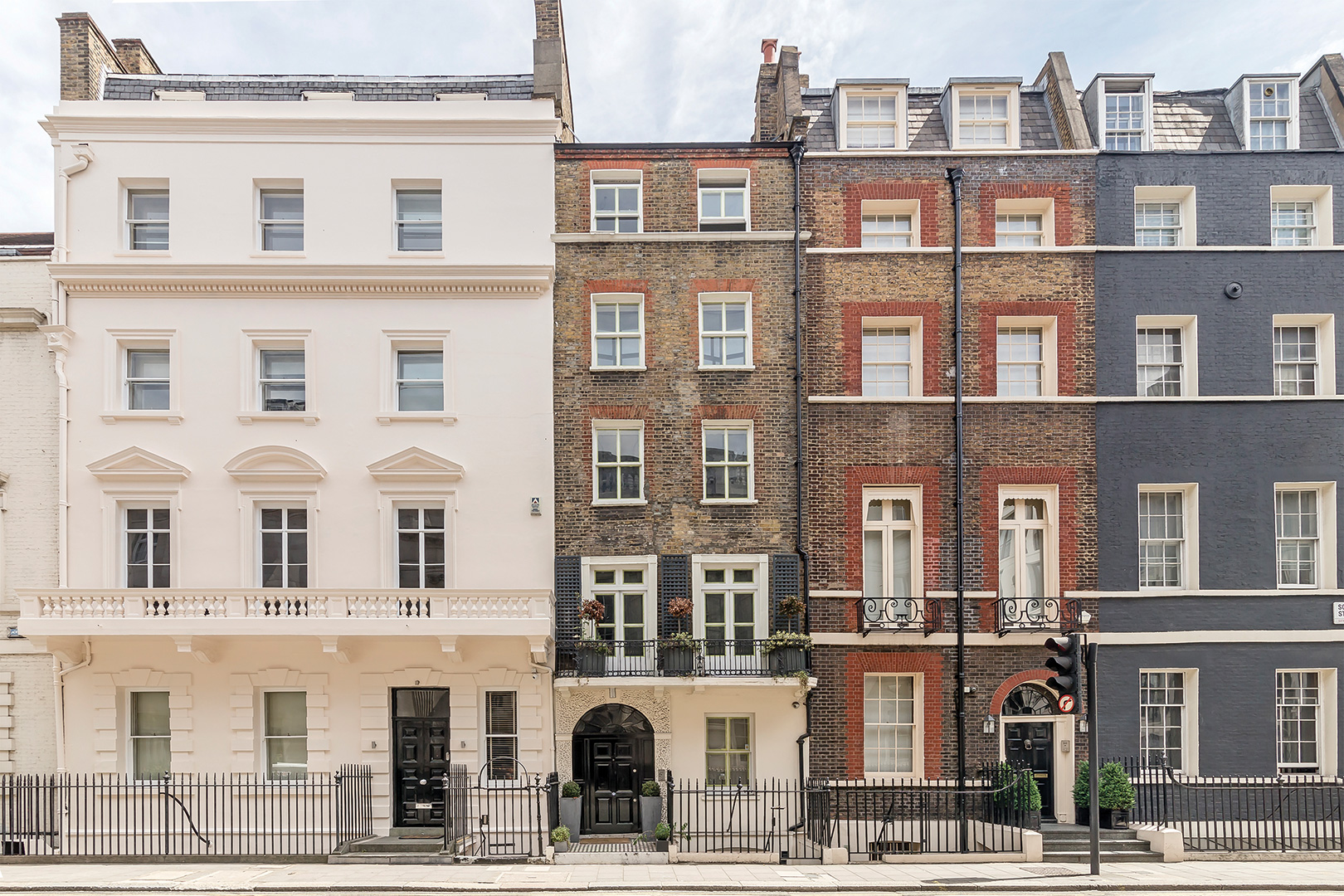