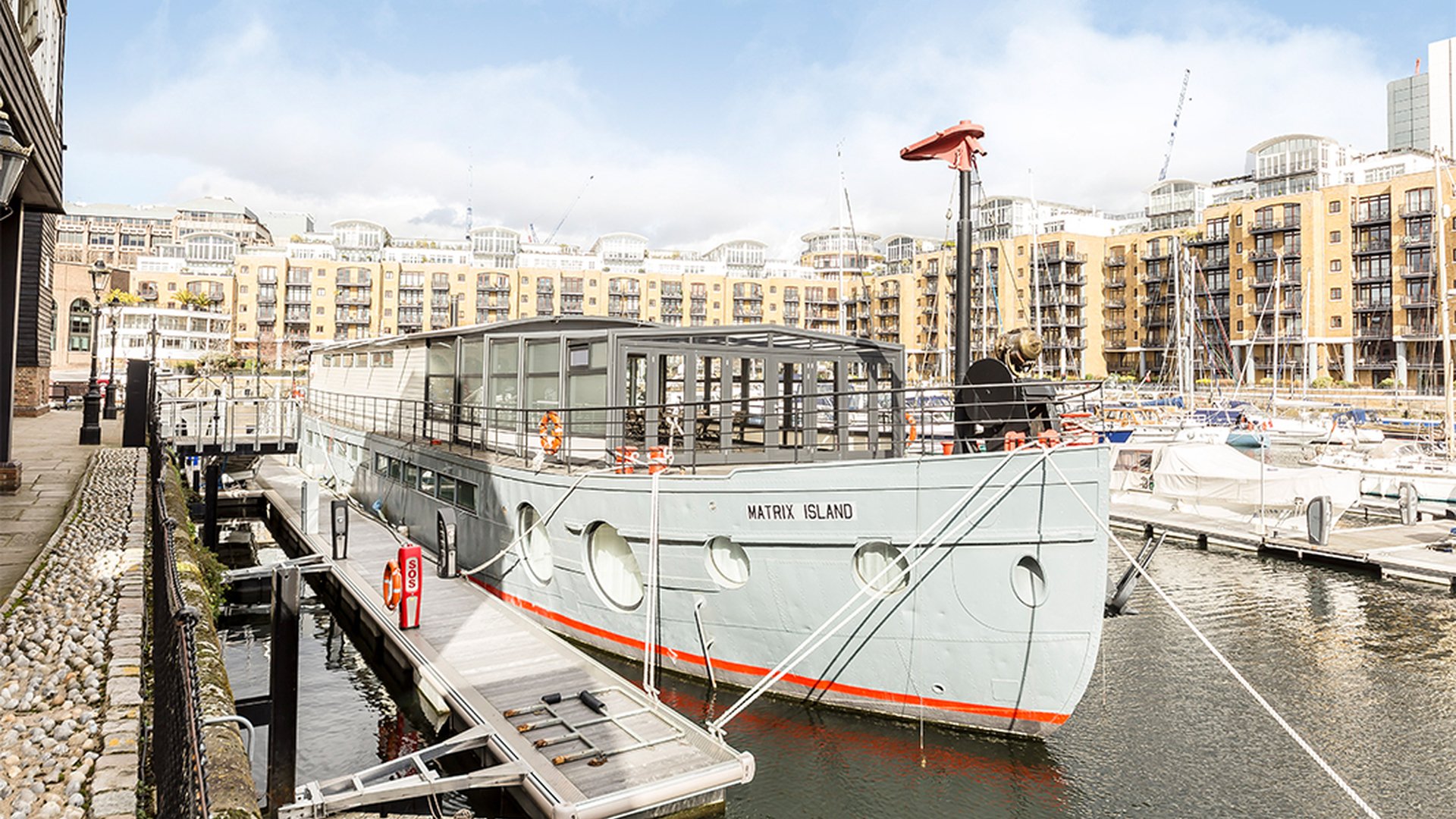 When most people think of houseboats, they imagine narrow rooms, quaint canals and simple living. But one ultra-luxury property, currently on the market with leading independent Estate Agent Dexters, proves that life on the water can be far more exciting.

Matrix Island is a 130-foot long mega-houseboat that offers 5,000 sq. ft. of living space as well as five bedrooms, four bathrooms and a jet ski launch. On the market for £3,000,000, this converted 1930s steel barge currently occupies the capital’s largest mooring at St Katharine Docks and clear views of London’s Tower Bridge.

Having previously lived in Zambia, the couple had an extensive collection of modern African art and lots of books that Emily felt would match a brighter and more eclectic space. ‘In a more minimalist home, things could look a bit busy,’ she says ‘but amongst lots of bright colours, we felt everything would work together more harmoniously.’

The boat was initially transformed into a luxury home by a French filmmaker after spending several decades transporting coal up and down the River Seine. Today, it’s almost seven times the size of the average London house and offers opulent accommodation across two 130 ft. long decks.

The extensive open-plan upper deck features a vast reception room and an integrated kitchen with an island and breakfast bar that leads onto a spacious dining area. Floor-to-ceiling windows stretch the entire length of this level and provide plenty of natural light, complemented by the current owner’s choice of all-white furniture, neutral walls and wood-panelled ceilings.

Downstairs, a central atrium and stairway lead to the lower deck where a cosy seated area is centred around a sleek wood-burning fireplace suspended from the ceiling. There are five double bedrooms on this floor, including one that doubles up as a cinema room as well as three bathrooms and a sauna.

One of the most magnificent spaces in the house is the 50 ft. covered foredeck which can be used as an enclosed garden in the winter, or an alfresco area for cocktails and dining in the summer, with plenty of room to seat up to 20 guests. 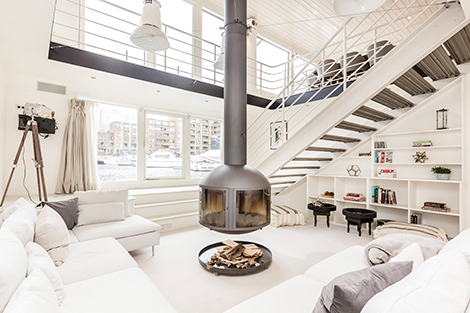 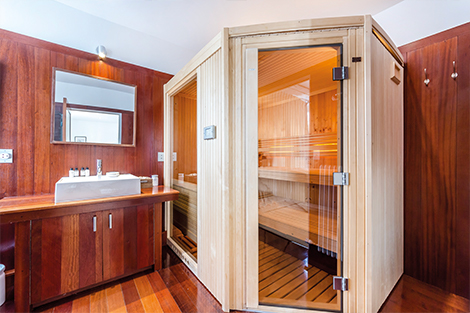 Sorren Raveaux, Director of Waterview says ‘houseboats in London, even on the larger end, are typically between 2,500 - 3,000 sq. ft., so Matrix Island is an extremely rare find, almost double the size of anything else you can find on the market.’

‘This houseboat is so special because it is docked right in the heart of the capital, near the Tower of London, close to so many great riverside pubs and restaurants. It would make an excellent family home for anyone looking for a luxurious and unique property, with some of London’s best waterside views.’ 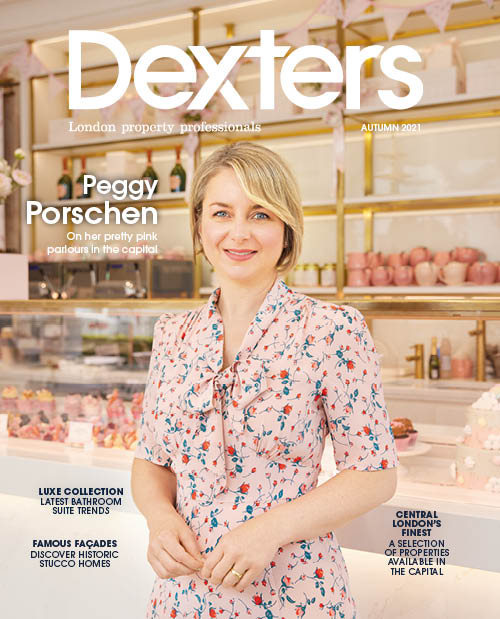