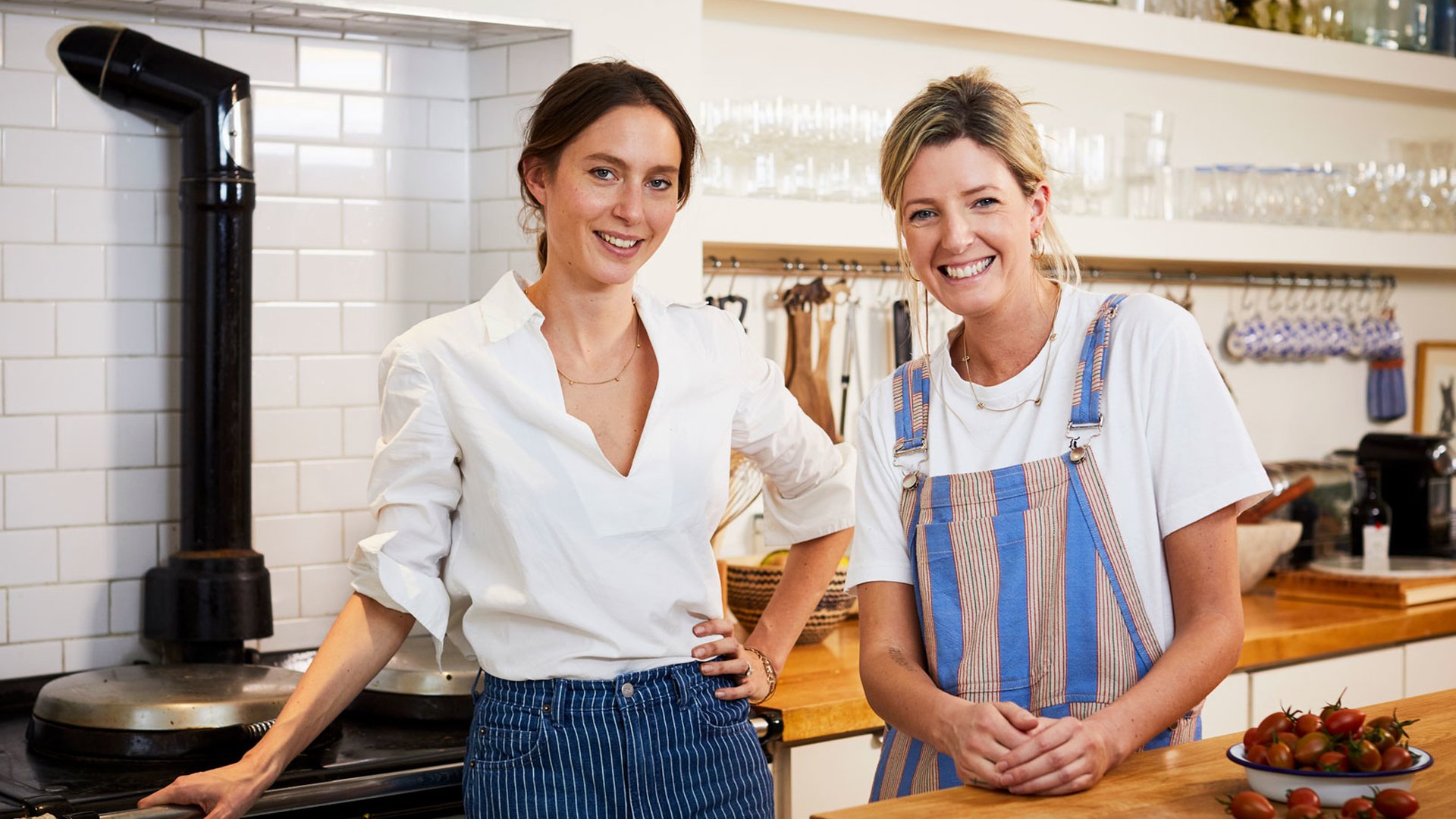 Since starting their fashion catering business in 2012, Tart London's Lucy Carr-Ellison and Jemima Jones have gone from strength to strength. Their new opening in Belgravia is just the latest chapter in their inspiring success story.

If it’s food fit for fashionistas you require, one company will top your list: Tart London. Founded just six years ago by Lucy Carr-Ellison and Jemima Jones, Tart London specialises in bespoke fashion shoot catering. It has worked for some of the most influential names in the fashion industry, including Louis Vuitton, Saint Laurent, Mulberry and Stella McCartney, plus British, American and Paris Vogue.

The business grew organically from a series of happy accidents and the paucity of fresh and healthy catering on photoshoots. Lucy says, “The whole thing happened by mistake. I was up in Northumberland, where I’m from, and a photographer called Luke Walker used to let us help out on shoots and we’d always end up cooking the lunches. He said you just couldn’t get our kind of food anywhere else, because we cooked on-site and everyone could see it was fresh. It was us preparing it there, with everything homemade. Luke invited us to cater for a cover shoot with Kate Moss for Love Magazine and we loved it. Off the back of that we got a few more shoots and then it just blew up!” 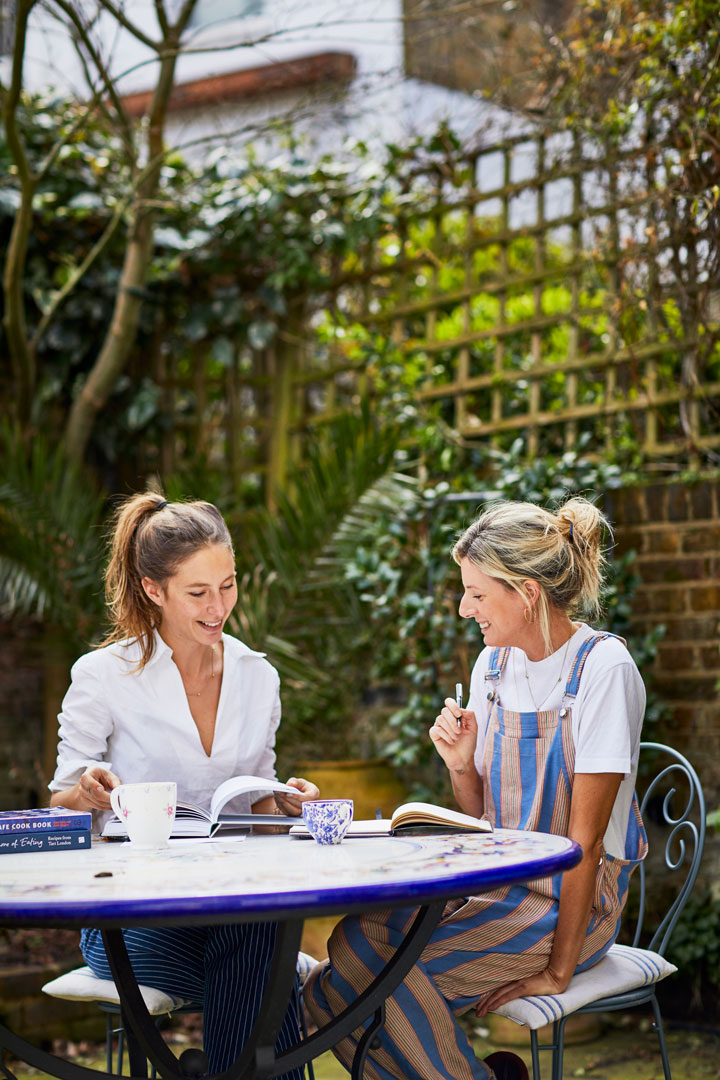 This year will see Tart London open a new food and fashion photography space in Eccleston Yards. This redevelopment by the Grosvenor Estate on the boundaries of Belgravia and Victoria is designed to provide a hub for creative enterprise and co-working and a fresh destination for London’s wellness and fashion-conscious foodies.

Lucy and Jemima say their food and photography venue will create warmth and a sense of home by marrying food, fashion, lifestyle and photography. “When we first saw the space, we fell in love with it,” says Lucy.

Ahead of the planned late summer opening, Lucy and Jemima are deep in preparations for the 8,500 sq. ft interior, which also includes designing their own crockery range.

The whole ambience will be inspired by their love of travel, so evident in Tart London’s eclectic dishes. “We want to give people that wonderful sun-drenched feeling you get from somewhere like South America or Morocco,” says Lucy, adding that their venue will be very relaxed and “more of a kitchen than a restaurant” with lots of greenery and living plants. “We want the place to be an accessible oasis with nothing fancy, just somewhere people want to be, feel happy and to have a creative buzz flowing through the space.”

The presence of a photography studio, with collaborator Tom Warren, for shoots Tart London will cater for on-site, will certainly deliver the atmosphere of artistic endeavour in their corner of Belgravia. “It feels really exciting to have our own studio and to be near Victoria, an area that’s so up and coming, and is an amazing meeting point too. There are so many cool places opening all around us and the ever-popular Elizabeth Street is just around the corner,” says Jemima.

A LOVE OF EATING

Tart London first entered Londoners’ everyday lives in 2016, when Lucy and Jemima became regular food columnists for the Evening Standard, and they continue to inspire the capital with their original dishes in ES Magazine every week. Lucy says, “When we were offered the column we felt really lucky. Whilst we travel a lot, we always try to bring the focus of the column back to London and write about what Londoners want to eat today.”

Tart London’s first book, A Love of Eating, has just been published by Penguin. What can we expect from the book? “We hope people will find it’s food they’ll want to share at home. Let’s say you have 12 friends coming around – you can just put something on the table with no panic. This is food for people to enjoy and share, with lots of pasta, salads, but also naughty little numbers that will hopefully inspire too.” 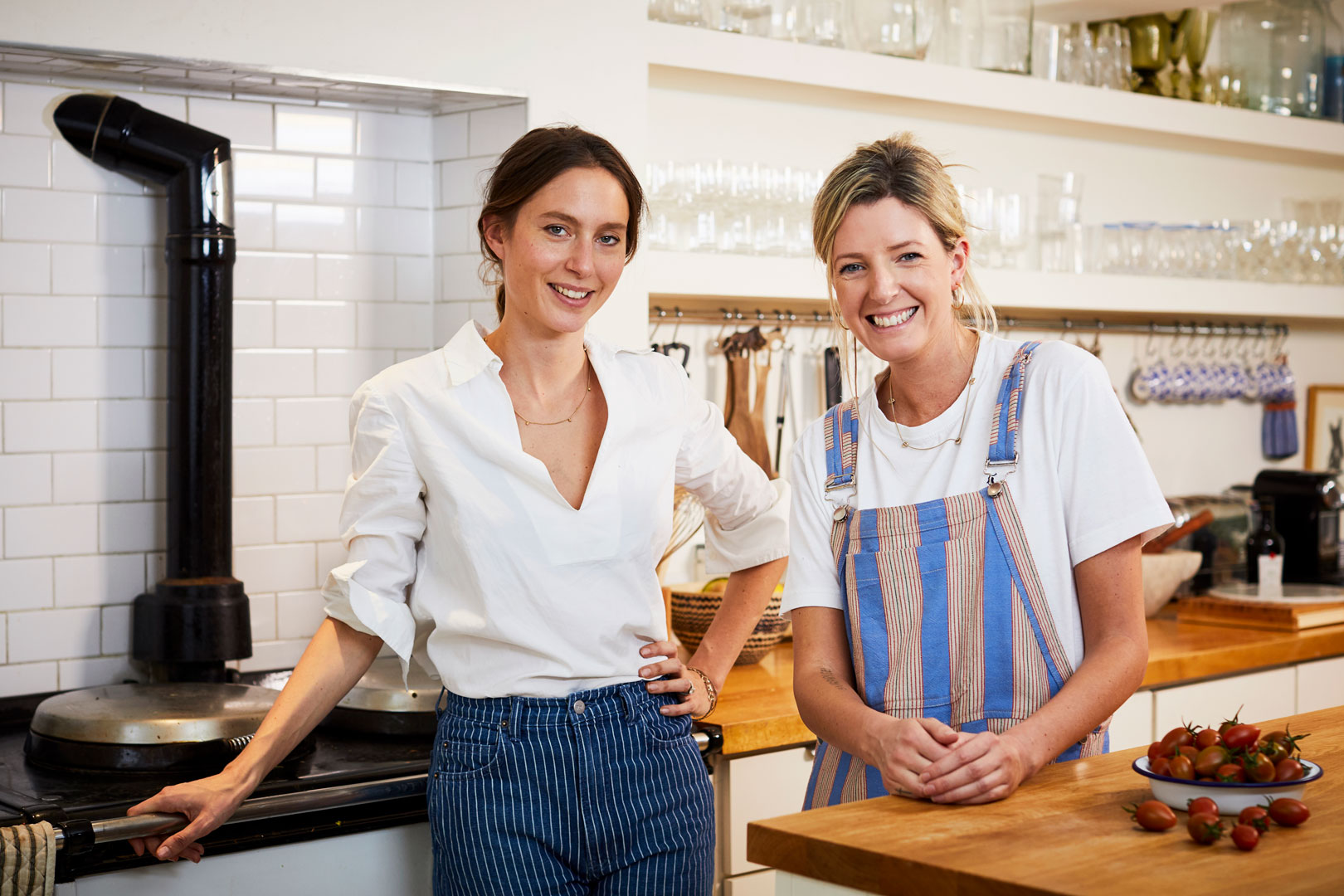 Jemima says she’s been “obsessed with food” ever since she was a girl, while Lucy describes the pair as “terribly greedy”. On meeting in New York, when they were working in fashion and photography, they immediately bonded over their love of food, despite their divergent backgrounds.

Jemima lived in Toronto as a child, where she says she was first excited by Vietnamese food, including distinctive crunchy salads. Summers spent in Tuscany gave her the love of Mediterranean flavours and when the family moved to Camden, the young Jemima was inspired by the new spices she tasted for the first time in the capital.

Meanwhile, Lucy’s childhood was spent on a farm in Northumberland, where she describes herself as having an adventurous palate and a very sweet tooth, “I used to think it was only a good meal if chocolate was included. I also loved exciting pasta dishes and classic British meals.”

Lucy’s first trip to London also laid the foundations for Tart London’s famed Asian flavours, “I was probably about seven years old. We went to a Vietnamese restaurant and it blew my mind!” She adds how London’s restaurants still have the ability to inspire awe and reignite the appetite, “We’re always trying out new restaurants – you can hardly take a breath without somewhere fantastic opening.” 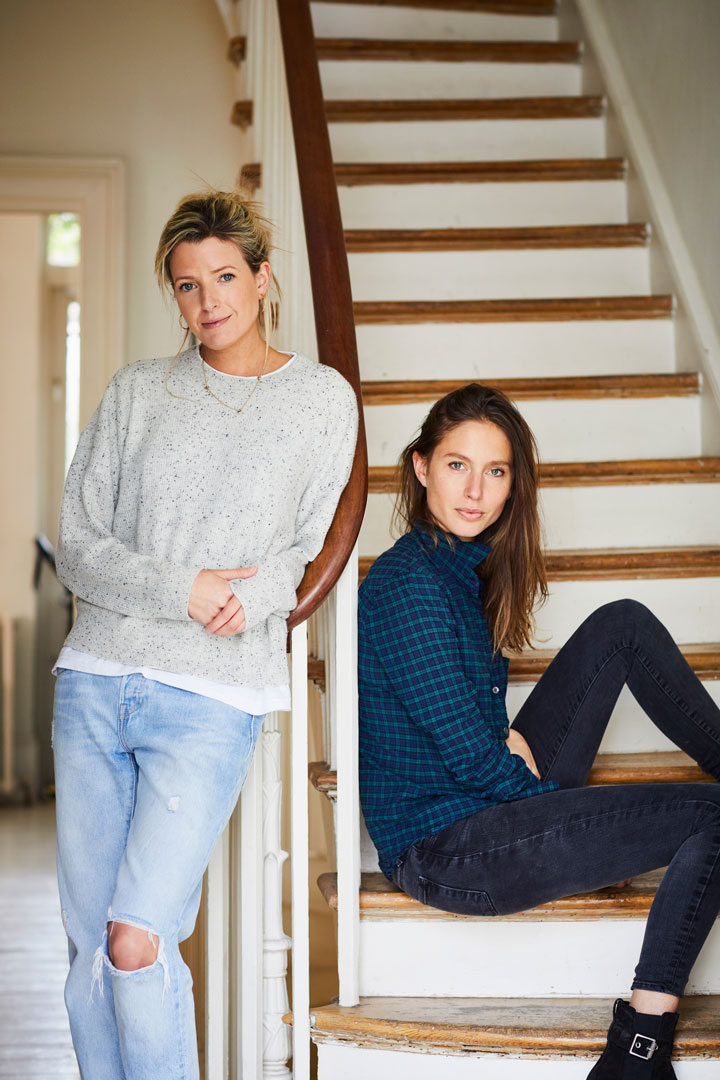 BACK TO THEIR ROOTS

As well as diverse flavours, the other secret to Tart London’s recipe for success is the team’s commitment to good quality produce. In their early lives, both women were exposed to farming and the importance of food’s provenance, including animal welfare. This philosophy will be evident at Eccleston Yards. Jemima says, “There will be lots of demonstrations and free events. We really want people to meet the farmers.”

One of the other defining features will be the variety and choice available, “We love interactive dishes, like Asian mushroom soup, where you can add exciting extra ingredients. We want to give people a little bit of spice or inspiration, a bit of sunshine – healthy, but not faddy, and with those naughty little numbers too!”

So, is Eccleston Yards the start of an empire? The travel-loving chefs say it would be good to open Tart 'to-go' outlets across London and even further afield. Doubtless, Tart London would succeed in whichever location they chose next, but, as Lucy says, “London is our home, this is our stomping ground, we will always take where we’re from with us. We’ll always be London girls.”

We love Petersham Nurseries – it’s one of our favourites of all time. Then there’s the Towpath Café [in N1]. We love how they put slightly random things together. Noble Rot on Lamb’s Conduit Street is really cool, though you’ll always have a sore head in the morning. Primeur, near Stoke Newington, is also a treat, as is Western Laundry in Highbury. Palomar in Soho does great Middle Eastern food and then there’s anything by Jackson Boxer, who is chef-patron at Brunswick House and The Chess Club.

At Eccleston Yards there’s a terrifying Barry’s Boot Camp which we’ve been trying to do! Jemima likes Triyoga near Primrose Hill. We think Sisley is amazing. Jasmina Vico is a facialist and a goddess who makes your skin look wonderful without makeup, which is such a special treat. We also love Liz Earle and Tata Harper’s all-natural beauty products.

Up and coming names in food or fashion?

Jemima: Lucy Folk has amazing apparel. One of our assistants Emily Dobbs is a chef to watch - she’s all about Sri Lankan food.
Lucy: My brother runs The Lost Tea Company which does ediblefermented tea leaves, brought over from Myanmar, which will be available at Eccleston Yards.

Where in London do you call home?

Lucy: Queen’s Park – it’s such a ‘neighbourhoody’ place and I love North London.Jemima: Primrose Hill – I love the lack of through traffic and there are no chain restaurants.

Do you support any London-based charities?

We work with The Felix Project, which collects fresh, nutritious food that cannot be sold, delivering this to charities so they can provide healthy meals and help vulnerable people. Also, at Eccleston Yards, we’ll be sustainable, plastic-free and working in conjunction with charities. We think there’s no excuse not to be plastic free. There are so many options out there.