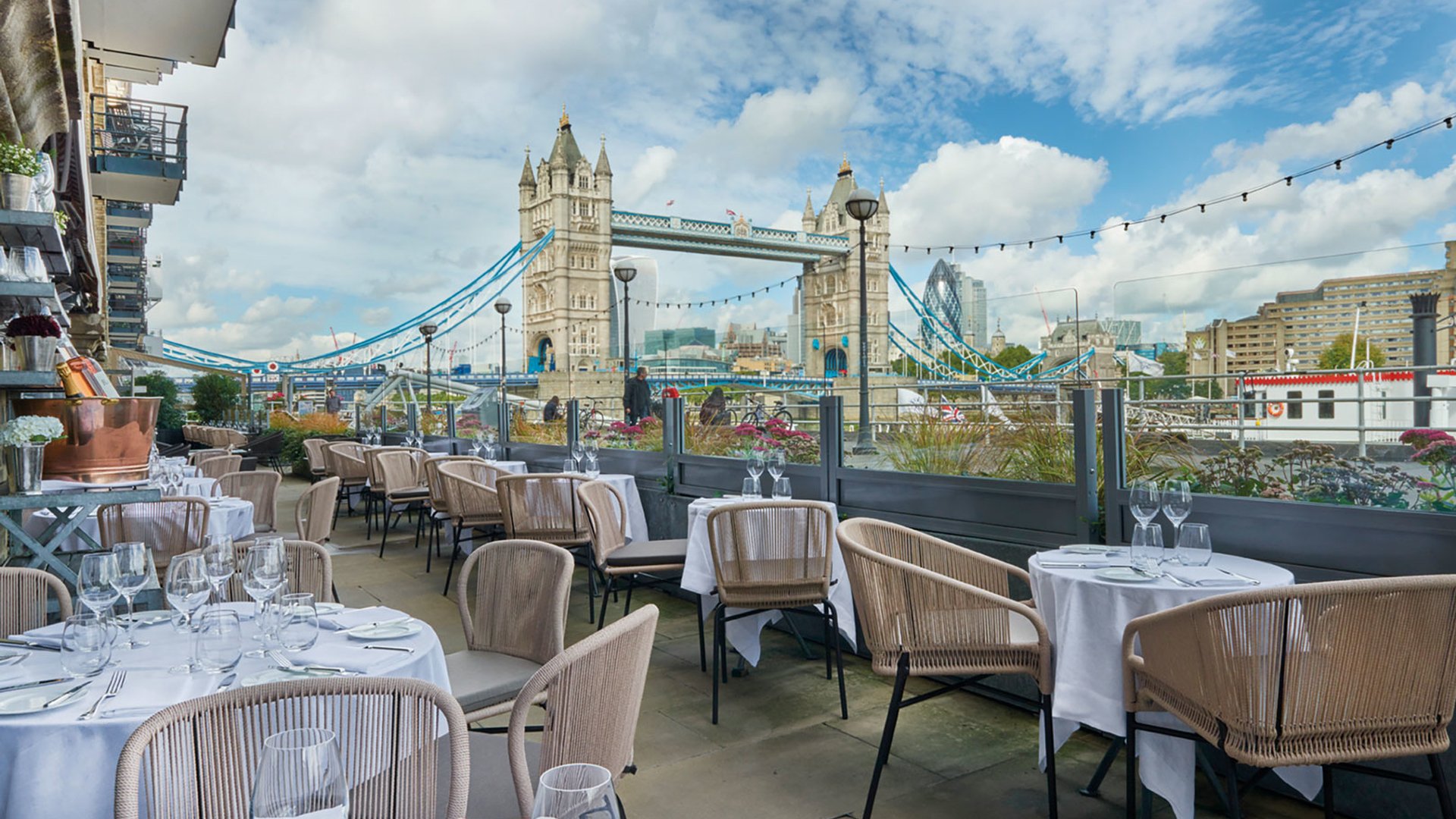 Fine dining and summer tipples at the best Thames-side spots.

Tucked away under Millennium Bridge, Northbank offers a Modern British menu with a particular focus on Cornish influences. The view from the private terrace includes some of London’s best landmarks, such as the Tate Modern, Shakespeare's Globe and The Shard.

A hotel restaurant with crystal chandeliers, cocktails in the library lounge and a gin bar with views of the London Eye. The bar is open late, serving both classic and contemporary cocktails and a selection of over 100 gins as well as beers, wines and other spirits.

Serving the South Bank the best of American and British cuisine, Sea Containers at Mondrian London offers a modern yet casual dining experience on the River Thames. In recent years the Summer Terrace has been reflective of the Hamptons and the Italian Riviera. This year the theme is maritime, so expect surf 'n' turf. 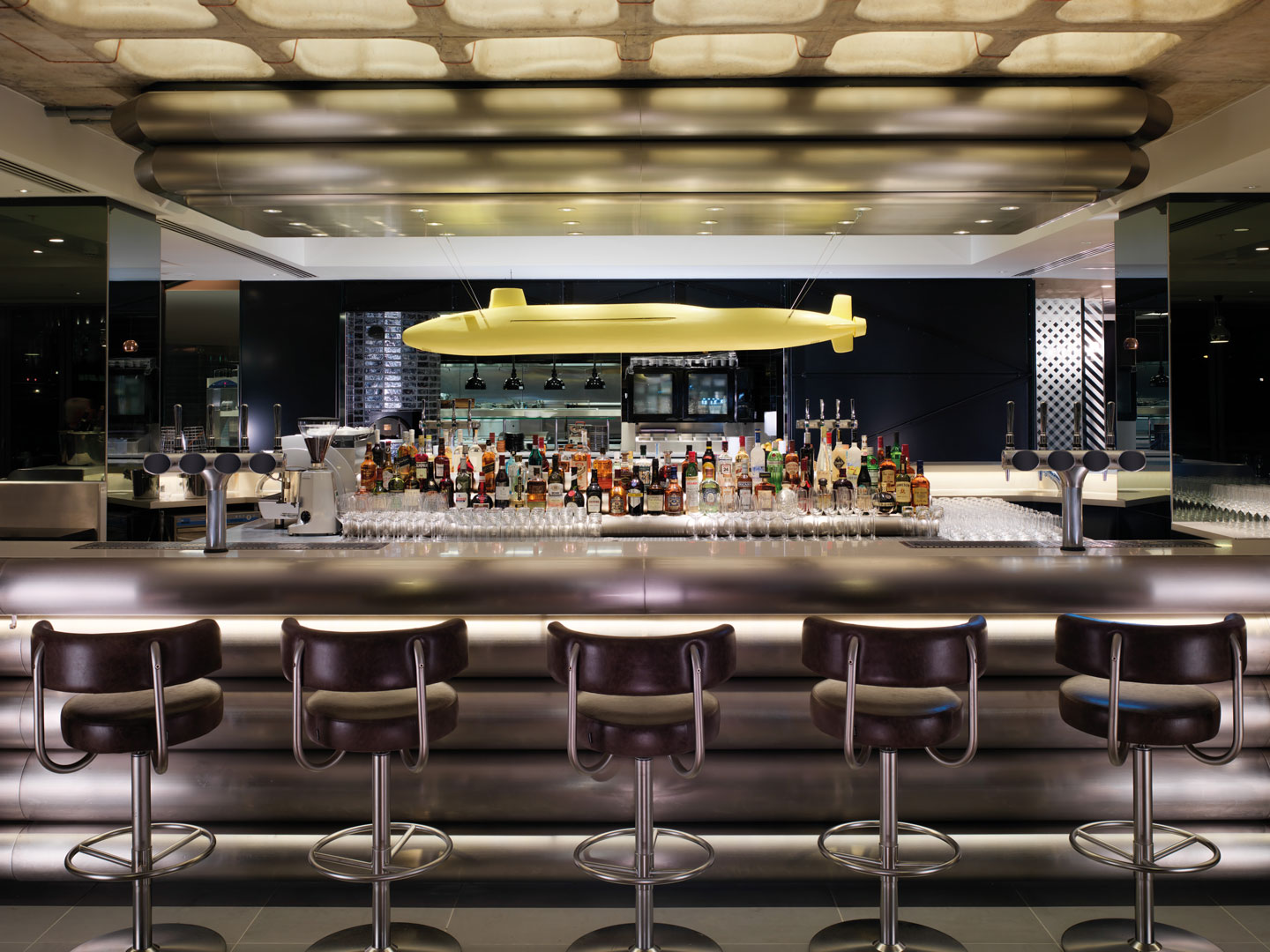 Next to Wandsworth Bridge and overlooking the river, The Waterfront is a glass atrium styled bar and restaurant, home to an expansive outdoor terrace. Perfect for those looking for an al fresco bite to eat on a warm summer evening.

A converted Dutch barge might not seem like your traditional venue for a night out, but with views of iconic London landmarks, live music and an ever-changing drinks menu, Tamesis Dock continues to draw in the weekend crowds. All aboard!

Located on the north bank of the Thames in Hammersmith, this London institution, now over 30 years old, specialises in Italian cuisine. Critically acclaimed and Michelin starred, there is a garden area with views over the river.

Blueprint Café has magnificent views overlooking Canary Wharf to the East through Tower Bridge and the City to the West. Serving modern European cuisine, the chefs design a menu daily using fresh and seasonal ingredients. 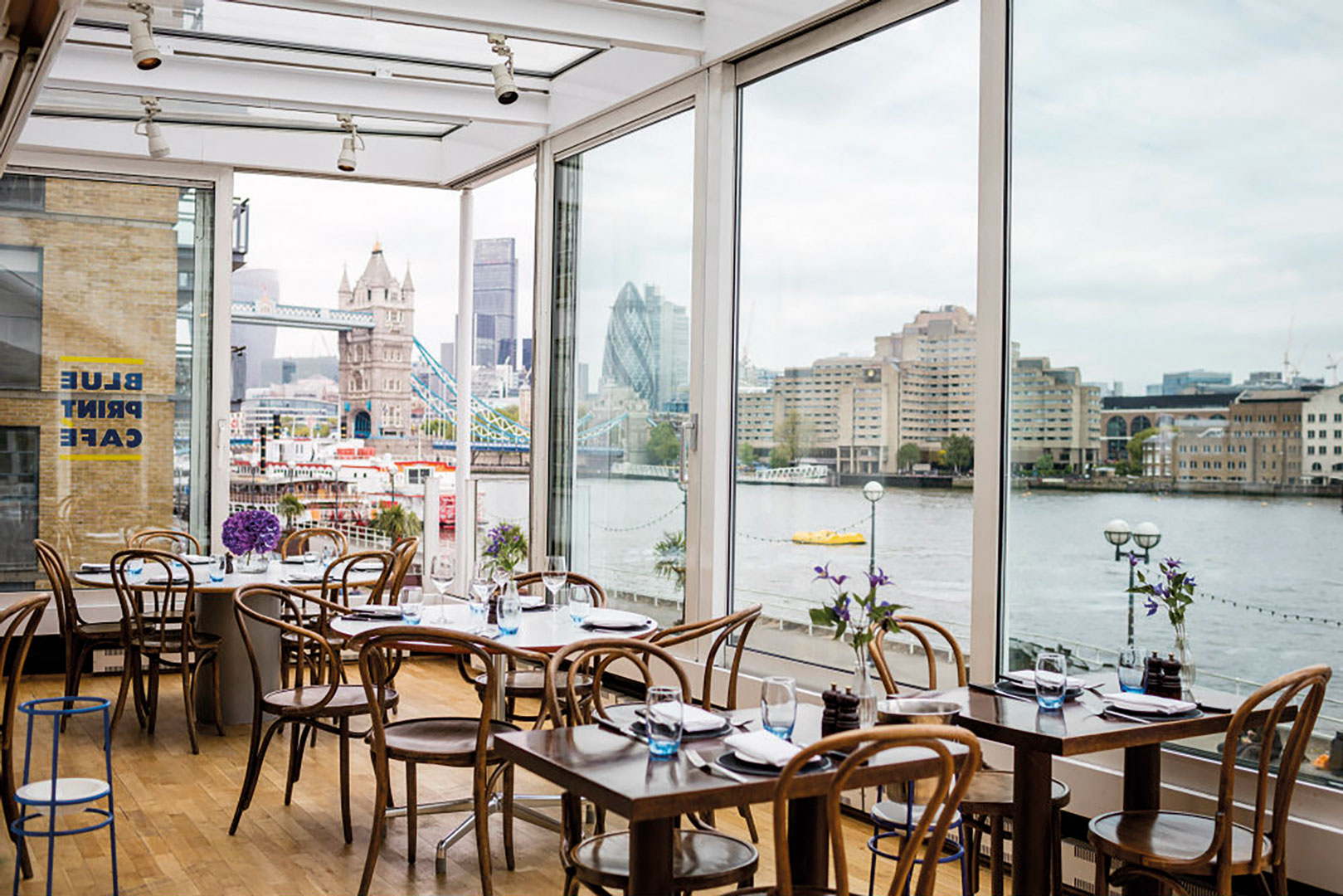 A contemporary restaurant with a vintage vibe serving Mediterranean dishes and traditional British fare. Fulham’s The Waterside is set on the Thames Path, with a terrace offering stunning views over a marina.

A laid-back bar with a classic British menu, Rotunda Bar & Restaurant has a waterside terrace, complete with deckchairs. Spanning the entire length of the restaurant, it is the perfect place to enjoy a BBQ this summer.

Dining on sophisticated seafood, glass of Champagne in hand and overlooking the water, visitors can be forgiven for thinking they’d been transported to the French Riviera. Share a seafood platter – rock oysters, Canadian lobster and Mediterranean king prawns.

With designer furnishings and spectacular views over the River Thames, the Canary Wharf outpost of the famous Argentine Gaucho chain is hard to beat. In the heart of London’s financial centre, Gaucho’s terrace is perfect for impressive business lunches and date nights alike. 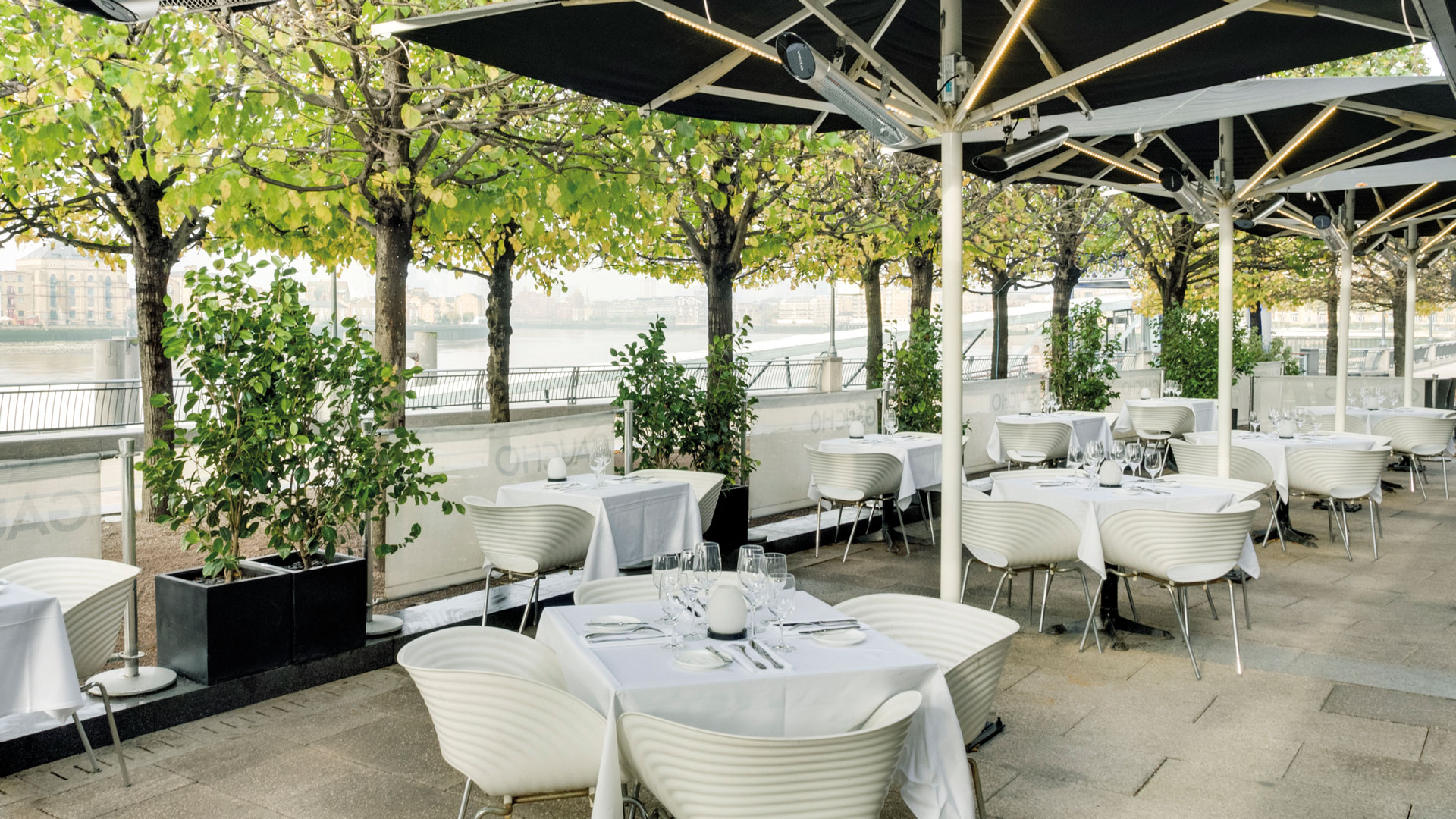